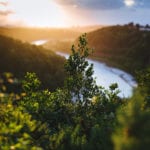 The Director of Civil Aviation, Poppy Khoza said the SACAA, a member of the ICAO RPAS Panel, had engaged with a number of key role players operators, manufacturers, and other airspace users and after months of amendments, refining and incorporating requests by various stakeholders; a draft was finally sent to the Minister of Transport for review and approval on 5 May 2015.

The SACAA has in fact taken the lead in formulating its own recommended standards and practices, ahead of ICAO.

“In the absence of guiding documents from ICAO, regulators such as ourselves have had to swiftly derive measures to address the regulation deficiency in response to a growing demand to regulate this sector.”

Here the 12 most important things you need to know about the rules in accordance with part 101 of Civil Aviation regulations.

1.    You need to have a CAA approved and valid remote pilot licence as well as a letter of approval to operate the drone.

2.    The letter of approval will be valid for 12 months. While you do not need to have these documents when buying a drone, the seller will have to make you aware of the requirements as stipulated in the SACAA regulations.

4.    Drones cannot be flown within 50m above or close to a person or crowd of people, structure or building – without prior SACAA approval. Nor can you fly drones adjacent to or above:

5      The rules do apply to toy aircraft or unmanned free balloons or other types of aircraft which cannot be managed on a real-time basis during flight.

6      You cannot use a public road for the take-off or landing of a drone.

7      You cannot use a drone in adverse weather conditions, where your view of the drone is obstructed  since visual contact  must be maintained with the RPA by the operator – unless in approved beyond visual line of sight or night operations.

8      Drones need to give way to all manned aircraft and should avoid passing over, under or in front of manned aircraft, unless it passes well clear and takes into account the effect of aircraft wake turbulence.

9      RPA pilots will be required to tune into the air traffic services for the controlled airspace they will be flying the drone, reporting co-ordinates to said traffic controllers – all flight activity also needs to be recorded in a logbook.

10   Drones cannot be used to transport cargo or make deliveries

11   Drones cannot tow another aircraft, perform aerial or aerobatic displays or be flown in formation or swarm;

12   All incidents involving an RPA must be reported, especially where there is any injury to a person; damage to property; or destruction of the RPA beyond economical repair.

The full details of the CAA Aviation regulations related to RPAS Part 101 can be found on www.caa.co.za.

All you need to know